The Gaza Report – now what? 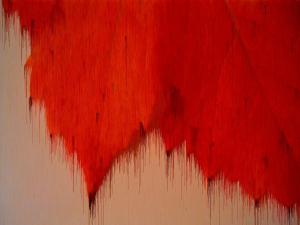 Memory is a ghost.  I have this strange memory from when I was a kid of say seven or eight, of a brief incident that still lingers in my head a good few decades on (no, I am no longer a teenager, in case some insane admirer finds my sophomoric ramblings passably cute).

It was the first few years when my family had moved to a new house in a suburban area that was still being “developed” – a word with Orwellian undertones.  About two minutes on a bicycle going east ricefieds still abound, but the gray concrete roads were threatening to overrun them.  All those bright green saplings in squares of brown would soon go.

Next door to us a Chinese family had moved in.  The young parents both worked and came home rather late.  A yaya (nanny) took care of the two little boys of four and two.  I can’t recall the yaya’s name, but I remember her being very kind.  She had one eye that didn’t function as well as the other. It looked more to her right most of the time.  It also seemed to weep a little.  Like most yayas at that time, she was not from Manila, but down south from the Visayas.

She had long black hair, but she never let it down in public.  I saw her once in her cramped room combing her hair – it made her look older and smaller.  She smiled at me then before closing the door.  Her smile made me think of a sudden shower of summer rain, that just as quickly disappears.

One day my sister and I were playing with the kids as she sat by the verandah.  Nothing for her to see out there but the gray of the concrete road.  Hardly anyone passed by.  She let us run around the house.  Not easy to play hide and seek when the youngest does not even know the rules of the game.  The dining table and chairs became quick and pointless hiding places. But we had fun with them.

At one point the two boys got in the bathroom that had another door leading to another room, their parents’, I think.  I was about to run in to tell them to be careful, but something strange happened.

The door started to close.  They both looked up toward the door knob on their side.  I got right at the door just before it was about to shut and what I saw made me shiver.

There was a red hand, red like it was covered in blood, holding on to the door knob.  I tried to push the door open, but the force from the other side was stronger.

There was a great slam.  I tried to turn the knob, but it wouldn’t even budge.  My ears went hot and it felt like there were ants crawling on my back.  I ran around the house to get to the other door.  Their yaya saw the fear and worry in my eyes; she had jumped at the loud sound.  My sister came running out of her hiding place to join us.

When we got to the two boys they just looked at us wondering what the commotion was about.  The door that I had struggled with was wide open.  My sister and I didn’t linger there that day.

A few months later the yaya left.  Soon after that the whole family moved out without a goodbye.