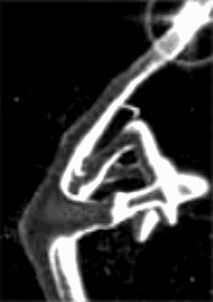 I wasn’t born here. Everything was alien to me when I first arrived. Check that. I was the alien.

I gawked at the strangeness of the world I had come upon. From high up in the air curious circles dotted much of the landscape. Gold brown fields appeared like carefully braided locks of hair. Then the mountains came into view, majestic and ancient, bounded by deep blue waters.

When I had the chance to meet the inhabitants of this new world I was even more dumbfounded. Some walked with unimaginable weights on their heads, like TV sets and sofas. Some sang at the drop of a hat even in crowded trains. Others greeted me like a neighbour from a common village. Wonder and unexpected connections nearly every day.

And then there were those who sensed the alien blood in me. They must have felt the intrusion of the shadow around my feet, saw my unusual gait, shape of eyes, my hair. These folks made me aware of the blast of winter air, made me shiver. I knew I was unwelcome among them.

That was then. These days different names are hitting the headlines. Malema, Terre’Blance. Cracks that were perhaps smoothed over are showing again. Seeping smell of blood.

They say this is a land of possibilities. It was possible in 1994, why not now? What has changed? What has remained the same?

Sometimes it takes an outsider to see the difference, or what hasn’t changed at all.

Within a few years of my staying here I was, at least on paper, declared a citizen, and very much to my surprise.

Yet deep inside I know I’m still an alien. Some people I happen to bump on the street still remind me of that every now and again. The shadows are there.

The odd thing is that I’ve come to love this strange land like my own distant home. I can’t imagine leaving it, good or bad.

Jim Pascual Agustin writes and translates poetry. Sometimes he tries his hand at essays and stories. In 2011 the University of Santo Tomas Publishing House in Manila released BAHA-BAHAGDANG KARUPUKAN (poems in Filipino) and ALIEN TO ANY SKIN (poems in English). The same publisher released his most recent poetry collections SOUND BEFORE WATER and KALMOT NG PUSA SA TAGILIRAN. In 2015 a new poetry collection in English, A THOUSAND EYES was released. His first collection of short stories in Filipino, SANGA SA BASANG LUPA, was released in 2016. UK publisher The Onslaught Press launches his latest poetry collection, WINGS OF SMOKE, worldwide in February 2017. END_OF_DOCUMENT_TOKEN_TO_BE_REPLACED
This entry was posted on Thursday, April 8th, 2010 at 12:37 and tagged with aliens, apartheid, Desmond Tutu, ET, Eugene Terre'Blanche, FW de Klerk, Julius Malema, murder, Nelson Mandela, South Africa, violence, xenophobia and posted in Africa, Fragments and Moments, politics, Sanaysay / Essays, Silly Babble, Uncategorized. You can follow any responses to this entry through the RSS 2.0 feed.
« NEWS ITEM: Journalist attempts citizen’s arrest of Blair in EU parliament
Volcanoes and Ulcers »