Rhino 2011 which published my poem “People Like You” earlier this year has put up an excellent blog. I was requested to submit an audio recording of my silly voice so they can post it on the blog with a… gasp… photo of me!

So for those who miss the voice of Kermit the Frog, please visit the Rhino blog. Duh… that rhyme was totally unintended. 😛

“People Like You” forms part of the first section of my poetry book Alien to Any Skin.

Thank you, Valerie of Rhino. 🙂 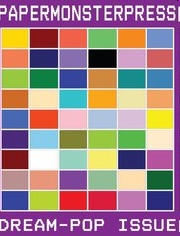 A unique and brave endeavor in these online and digital days is the publication of another issue of PAPER MONSTER PRESS.  My poetry (don’t know yet which ones) has been included in this one.  Wish I could fix my teleporter so I can attend the launch on Saturday 27 August 2011.

Here is the page for PAPER MONSTER PRESS on Facebook.

The poems I submitted are in Baha-bahagdang Karupukan and Alien to Any Skin.

I’ve been skipping watching the news on TV for the recent while.  It gets depressing to see the same players playing the same games. Showing off new improved versions of toys of destruction – drone planes expo in Washington anyone? – or the barely modified economic/policing ploys to break the legs of street unrest (duh, mixed metaphors?).  Sorry, coffee hasn’t kicked in.

Then last night, tuned in to Aljazeera, I literally fell off my chair with a news item straight out of THE FAR SIDE.

Here’s a snippet from an online source:

A “cow whisperer,” helicopters and infrared cameras: no effort is being spared to find Austrian runaway cow Yvonne, who escaped slaughter in May to seek refuge in a Bavarian forest.

The cow has become a media star in Germany and Austria, having evaded capture for almost three months, with Germany’s leading newspaper, Bild, putting up a 10,000 euro ($13,892) reward for her capture earlier this week.

But an Austrian animal sanctuary, which has offered to buy Yvonne to spare her another traumatic trip to the slaughterhouse, is resorting to more unusual means to find the timid animal.

A “cow whisperer” has been communicating with Yvonne every day by telepathy, Britta Freitag from the Aiderbichl sanctuary near Salzburg told the Austria Press Agency overnight.

Some folks need to see the continent where I currently live. We have signs on the highway: BEWARE – COWS CROSSING.  Europe is so behind. (hysterical laughter unleashed once again)

I started a poem cycle about this, can’t share any until I wipe my tears dry. 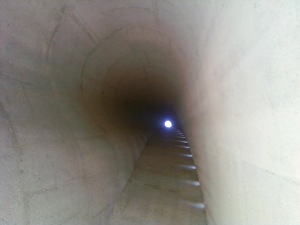 seagulls glide between buildings and the mountain. rushing wind and the sea on the other side. around here it is always the mountain, a fallen mountain, that decides where things are. the clouds must move over it, around it, smash itself into the finest shreds of rain, turn almost into frozen air, and then desperately try to recollect itself like seafoam on sand. roads are sloped. one can never walk totally upright. cars must take sharper bends, closer to the edge of accidents. there is something humorous about this whole thing, something bitter and funny, not far from laughing at the unresponding dead about to be robbed by family and friends.

there’s a set of crooked teethmarks on the back of my train seat, where my right shoulder touches the leather as the cars jolt back to a start. although the train is packed, no one decides to sit next to me. perhaps they’re scared of the marks.

i look down on the bag beside me. its blackness has been mine for the past three months. someone else’s before that. someone long gone. as if crawling towards it in a sharp S is a vicious knifecut on the leather that’s been stitched up. caterpillars come to mind. poisonous centipedes. i am sitting next to death and no one wants to sit next to me.

someone two rows ahead has opened a packet of steak pie. the fine crackle of pastry and the stench of cheap meat. it is hard to think of anything else but that person’s hunger. i feel like walking towards whoever it is and throwing up to refill his packet.

the train pulls up to my station before i could force a burp.

i shouldn’t be writing to you in this state. something is about to burst and i wish it were somewhere else. somewhere far away with a name so foreign i couldn’t even pronounce it. but no. it is right here.

feet, i have grown to believe, have their own mind. they take over when your body goes restless. they take you through the motions of the day, right to the very end, without you noticing the scenes around you change. the pavement becomes a pale river. and you drift seeing grey. only grey.

my apartment door is open. three locks forced open. three locks. five if i had been inside when it had happened. i know this sequence now, too well. no need to worry. just routine. like flushing the toilet.

make as much noise as possible before you step in. give them enough time to run away in case they’re still rummaging inside. wait a few seconds. listen. if nothing stirs, proceed to your unfriendly neighbour’s door. they haven’t had a break in for five years, ever since they installed an armed response alarm service. and they’re used to you. try to be calm, at least for their sake. they could be having early supper. ask if you could use their phone. they should know this procedure by now once they step outside and see your door.

the cops rush in, like in the movies. kicking doors with their guns cocked. but it is too late, as always.

my things have gone – the ones the burglars thought were worth their trouble. clothes, shoes, pieces of handed down jewellery, some music. anything of some value has gone out my own door without me. for weeks i won’t really know which item has left me forever. only when i think of wearing an old shirt, or a funny hat, or a pair of socks with a floral pattern, at a time when i had almost forgotten about this incident, will it strike me. like someone behind a door in a dark room. that is the painful side of being broken in.

i know this now. and yet it is not this incident repeated more than a dozen times over the years that is bothering me.

not quite fiction, not quite poem, not quite anything more than a ramble? one of those surviving bits of writing i have been tempted to SELECT AND DELETE but never could.

“Train Ride” post from ALIEN TO ANY SKIN blog

I remember one time coming home from work, missing not just my station but shooting past about six others.  People grew more panicky as the train gained momentum.  We all felt there was something wrong.  Some folks tried to pry open the automatic doors.  But the train was going too fast to jump off safely, so they shouted outside to anyone who could hear as the train hurtled between stations.  Everyone held on to something firm.

READ the entire blog entry at ALIEN TO ANY SKIN

Murmur – not a review

Murmur by Lorenzo Mattotti
My rating: 5 of 5 stars

This is not really a review but a ramble.

Murmur was the first graphic novel I ever bought. Got it from a library, kept borrowing it until I decided it was indeed worth having. Ordered it secondhand from Amazon – my first Amazon purchase!

I go back to it every now and again to feel awe, horror, and sheer joy. A mesmerizing book. I ended up ordering Fires.

View all my reviews