It was a few years ago that this article came out: Israel recruits ‘army of bloggers’ to combat anti-Zionist Web sites. Prison Planet, among tons of others, mentioned it too. I only read about it today. I’m not one to quickly believe what I read. I also found THIS VIDEO.

But it seems the trolls have spawned and one discovered my blog. Last week, thudding about, spitting odd and flammable words, this troll sent me a number of “comments” in the form of lectures in “how dare you” tones because of a poem I wrote for Palestinian Hunger Striker Samer Issawi. The twisted logic could have made the most intricate pretzels, but I have given up eating pretzels when I found out that my favourite ones were made in Israel.

I will spare you the racist remarks he threw my way. I just feel very sorry for him. He obviously loves his guns. He must sleep with at least a dozen so that when he gets woken up by the cooing of doves he can quickly silence them. I hope I don’t hurt his feelings. Such fragile creatures need a special kind of love.

Hatred and prejudice, among a lot of other things, are taught. It takes a lifetime to unlearn them. One has to start somewhere. I don’t take this comment lightly.

I always leave a door, or at least a window, open. One never knows what the next breeze may bring.

Trawling around the internet, I bumped into this image that made me laugh:

From The Palestinian Activists Handbook 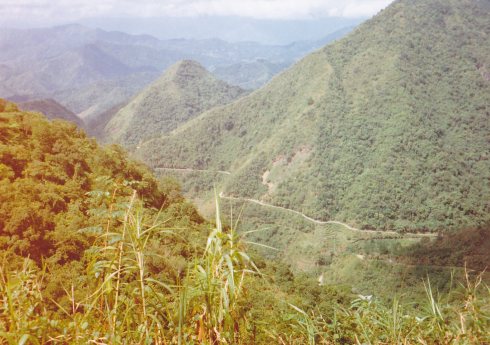 Listen. The mountains
speak to us
with moistened earth
whispering down a slope.

These trees encircling
are ancient spirits.
Very slowly they caress
wind and rain

sun and moon and star
in misty prayer.
And the rumblings
we carve for our passage

become futile.
For these mountains
move by themselves.
Their language is

much older than ours.
When they shudder
we crawl and claw and regather
earth in our earth-

This poem, 6 of 14 Love Poems appears both in Baha-bahagdang Karupukan and Alien to Any Skin. They were written pretty much at the same time, so I don’t consider either of them a translation.

This poem appears in Baha-bahagdang Karupukan. It is poem 5 of 14 Love Poems .

I attempted a translation of this poem but it came out flat, so I will not be posting it.