The slightly delayed release of New Coin’s first issue for 2013 finally arrived in my postbox the other day and I was ecstatic to see my poems featured so prominently. 🙂  No, it wasn’t just because my surname starts with “A” – I had that thought for a moment, too, upon opening the journal. 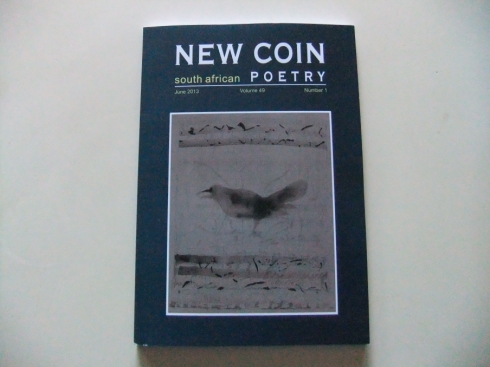 Here is a link about the current editor and what he says of the issue: Vonani Bila. 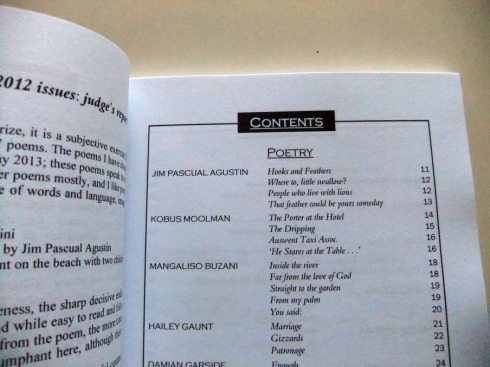 Subscribe to NEW COIN. Why? Because you get to read amazing poetry from South Africa! I’ve been informed that my work has also been accepted for the December 2013 issue… (Jim does a silly dance). This means I have better chances of winning the DALRO Award again hahahaha – yeah, keep wishing, Jim! 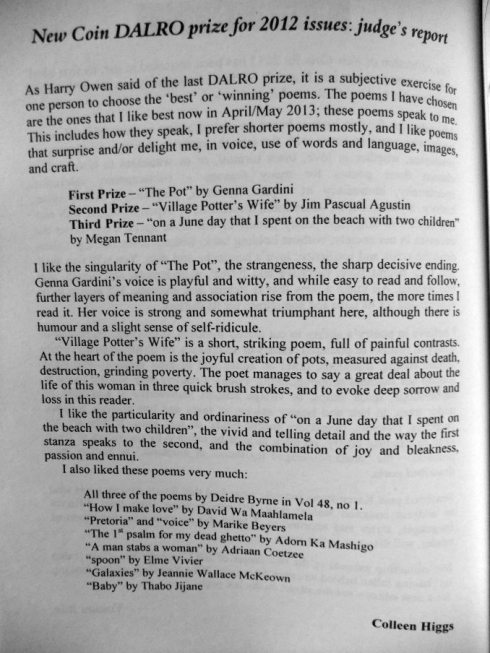 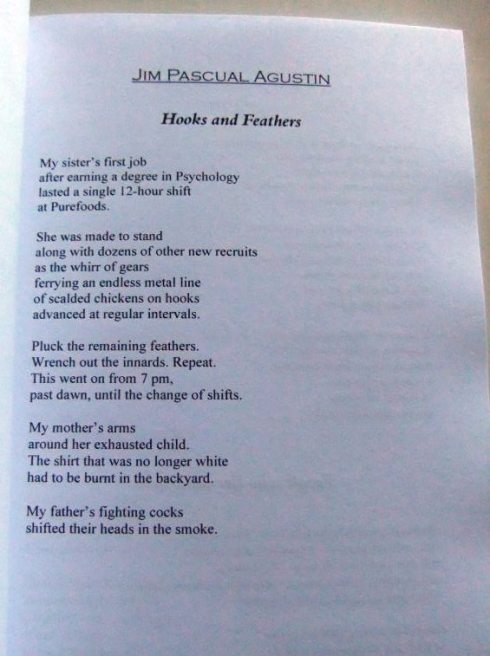 Subscribe and you get to read all four and a whole lot of other great poetry from South Africa! More great news to come in the next few days/weeks, so please keep visiting this little blog. Better yet, make me happy and consider purchasing my books from UST PUBLISHING HOUSE:

Alien to Any Skin

… end of self-promotion. Please move toward the EXIT in an orderly fashion. 😛

Jim Pascual Agustin writes and translates poetry. Sometimes he tries his hand at essays and stories. In 2011 the University of Santo Tomas Publishing House in Manila released BAHA-BAHAGDANG KARUPUKAN (poems in Filipino) and ALIEN TO ANY SKIN (poems in English). The same publisher released his most recent poetry collections SOUND BEFORE WATER and KALMOT NG PUSA SA TAGILIRAN. In 2015 a new poetry collection in English, A THOUSAND EYES was released. His first collection of short stories in Filipino, SANGA SA BASANG LUPA, was released in 2016. UK publisher The Onslaught Press launches his latest poetry collection, WINGS OF SMOKE, worldwide in February 2017. END_OF_DOCUMENT_TOKEN_TO_BE_REPLACED
This entry was posted on Friday, October 4th, 2013 at 10:10 and tagged with Alien to Any Skin, Baha-bahagdang Karupukan, Filipino poetry, Jim Pascual Agustin, New Coin, Rhodes University, The Sound Before Water, Vonani Bila and posted in Africa, Asia, Fragments and Moments, Life in a different world, Mga Tula / Poetry, poetry, Uncategorized. You can follow any responses to this entry through the RSS 2.0 feed.
« Rhodes University MA in Creative Writing
Pinay traumatized by horror trip to US | ABS-CBN News »