My poem, “Wood and String,” is a finalist at Goodreads.com!!! 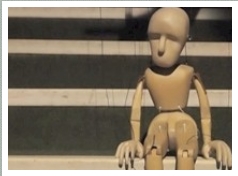 I’m happy to share this bit of news – my poem just got selected by the kind judges for the Goodreads.com monthly contest.

I will update this post as I get a chance. I originally wrote this poem after seeing a short video for a Poetry International competition (the poem was a finalist, too). The video can be viewed by choosing the photo of a puppet HERE.

other plans for this poem later.

Meanwhile, please do READ THE POEM, consider joining Goodreads.com and the Poetry! group so you can vote for it… or another poem you may perceive to be more worthy. Just being read alone would be nice. 🙂

UPDATE… my poem needs more votes… hmmm… not much I can do from here but wish. haha. oh well. thanks to those who voted! I don’t know when voting ends.

Jim Pascual Agustin writes and translates poetry. Sometimes he tries his hand at essays and stories. In 2011 the University of Santo Tomas Publishing House in Manila released BAHA-BAHAGDANG KARUPUKAN (poems in Filipino) and ALIEN TO ANY SKIN (poems in English). The same publisher released his most recent poetry collections SOUND BEFORE WATER and KALMOT NG PUSA SA TAGILIRAN. In 2015 a new poetry collection in English, A THOUSAND EYES was released. His first collection of short stories in Filipino, SANGA SA BASANG LUPA, was released in 2016. UK publisher The Onslaught Press launches his latest poetry collection, WINGS OF SMOKE, worldwide in February 2017. END_OF_DOCUMENT_TOKEN_TO_BE_REPLACED
This entry was posted on Friday, January 31st, 2014 at 09:49 and tagged with A Thousand Eyes, Filipino, Filipino poetry in English, Goodreads.com, Jim Pascual Agustin, poetry, poetry contest and posted in Fragments and Moments, Influences, Literary News & Articles, Mga Tula / Poetry, poetry, Uncategorized. You can follow any responses to this entry through the RSS 2.0 feed.
« The Breath of Sparrows… for Madiba
Finally, SOUND BEFORE WATER gets reviews »

2 responses to “My poem, “Wood and String,” is a finalist at Goodreads.com!!!”