Don’t be tricked into following the herd

Fixional has made available my special trilogy of poems based on Krzystof Kieslowski’s Three Colours Trilogy of films.

While I’m at it, I’d like to thank the editors of the following websites and journals for publishing my work in the past. I have posted links to some of them previously.

Black Friday Sales are being promoted extensively even here in South Africa. If you pause and think, it’s nothing but a way for shops and online retailers to offload old stock before the Christmas rush of new products to entice consumers. But really, they’re just material things you already have, perhaps newer versions with a few new bells and whistles. How soon after the feelgood rush of the purchase will you be made to crave for the next new iteration?

I don’t see the same when it comes to books, good books that aren’t designed to be replaced in a season. Or at least that’s the hope. So forgive my little sales pitch.

If you are outside of the Philippines, please consider ordering my new book, WINGS OF SMOKE, online via the following (or other decent retailers):

But if you are in Manila, you’re in luck as https://www.facebook.com/plugins/post.php?href=https%3A%2F%2Fwww.facebook.com%2FUSTPublishingHouse%2Fposts%2F1683897564963264&width=500” target=”_blank” rel=”noopener”>UST Publishing House has a sale of all my books they’ve published. Get all of them at a great discount! 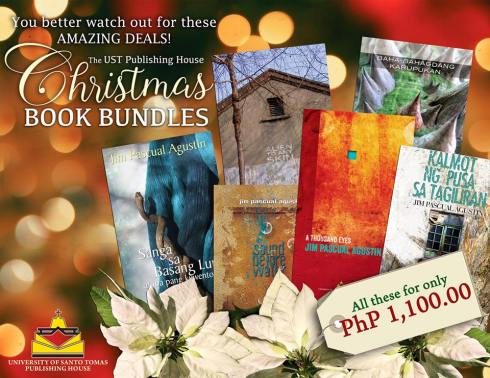 2 responses to “Don’t be tricked into following the herd”